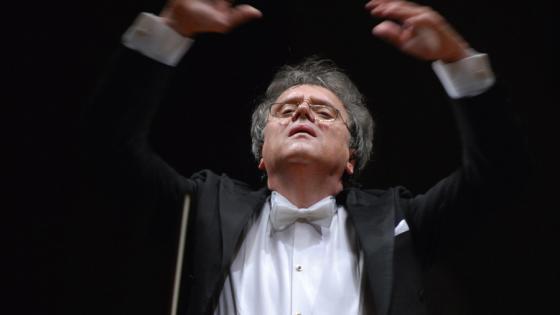 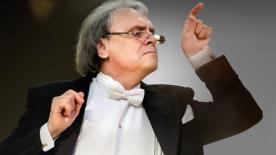 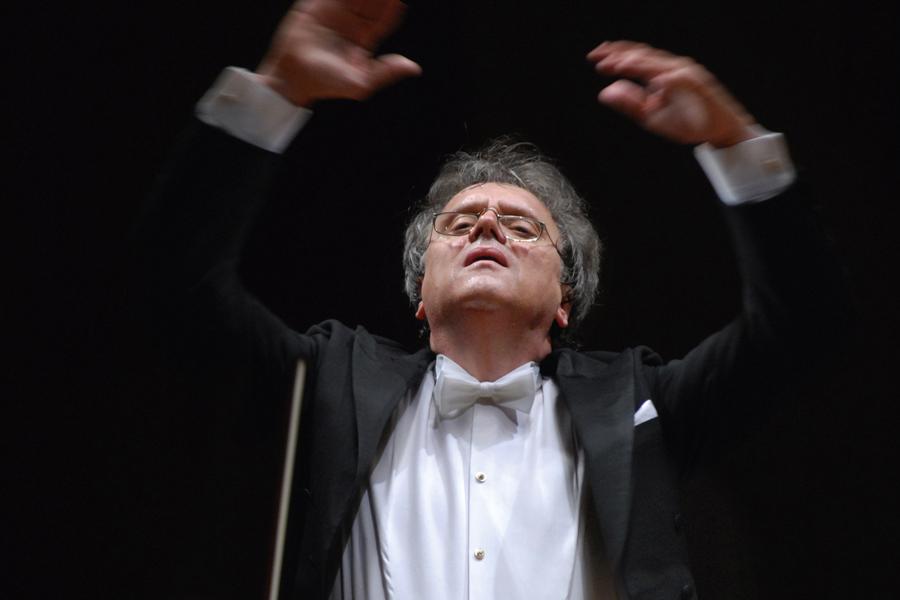 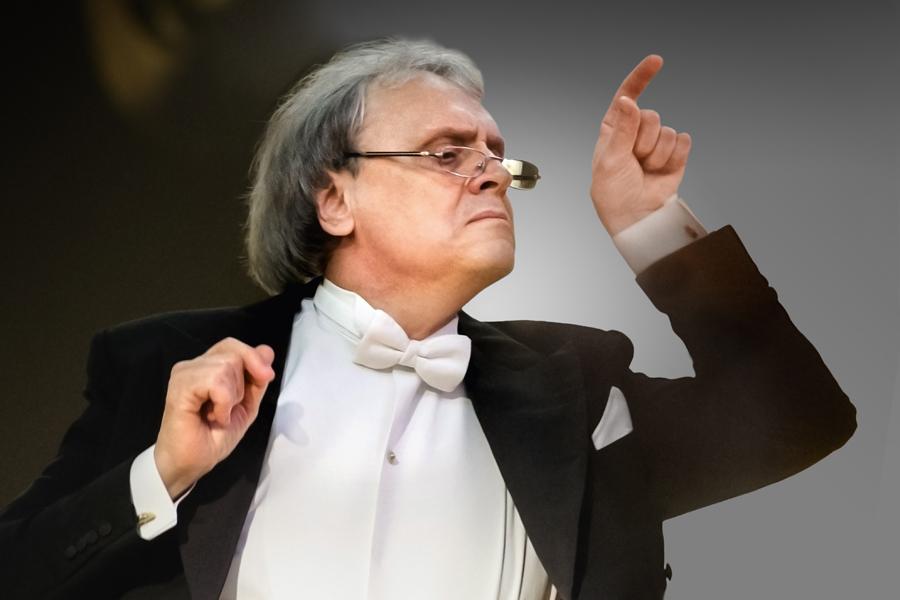 People's Artist of the RSFSR

Alexander Lazarev is one of Russia's foremost conductors. He studied with Leo Ginsbourg at the Moscow Conservatory graduating with first class honours. In 1971 he won first prize in the Soviet Union's national competition for conductors, and the following year went on to win first prize and gold medal at the Karajan Competition in Berlin.

From 1987 to 1995 Lazarev was Chief Conductor and Artistic Director of the Bolshoi Theatre, the first person for over thirty years to hold both positions concurrently. His leadership marked a period of intensive activity with the Bolshoi Opera undertaking an unprecedented programme of prestigious foreign tours including Tokyo (1989), La Scala, Milan (1989), the Edinburgh Festival (1990 and 1991) and the Metropolitan Opera in New York (1991). Several of the Theatre’s most successful productions including Glinka’s A Life for the Tsar, Tchaikovsky’s The Maid of Orleans and Rimsky-Korsakov’s Mlada were filmed for video, and the Bolshoi Symphony Orchestra made a number of highly acclaimed recordings for Erato including such milestones of the Russian symphonic repertoire as Rachmaninov Symphony No. 2 and Shostakovich Symphony No. 8. He now holds the title of Conductor-in-Residence and this season will be conducting a new production of Tchaikovsky’s The Enchantress.

From 1992 to 1995 he was Principal Guest Conductor of the BBC Symphony Orchestra, and from 1997 to 2005 Principal Conductor of the Royal Scottish National Orchestra where his conducting of the complete cycle of Shostakovich symphonies was a high point of his tenure. In recent years he has worked as a regular guest with the Philharmonia Orchestra and the St. Petersburg Philharmonic, appearing with them in London, Paris and Vienna. Other orchestras he has conducted include the Berlin Philharmonic, Munich Philharmonic, Bavarian Radio Symphony, Royal Concertgebouw, Orchestra Filarmonica della Scala, Orchestra dell’Accademia Nazionale di Santa Cecilia, Orchestre National de France, Oslo Philharmonic, Swedish Radio Symphony, NHK Symphony, Cleveland Orchestra, Montreal Symphony and London Philharmonic, and he has appeared with opera companies such as the Théâtre Royal de la Monnaie, Arena di Verona, Opéra Bastille, Grand Théâtre de Genève, Bavarian State Opera and Netherlands Opera.

His repertoire is particularly enterprising in its scope, ranging from the eighteenth century to the avant-garde. In 1978 he founded the Ensemble of Soloists of the Bolshoi Theatre whose most important aim was the programming and wide dissemination of contemporary music by both Soviet and foreign composers.

Alexander Lazarev is a prolific recording artist, appearing on such labels as Erato, Melodiya, Virgin Classics, Sony Classical, Hyperion, BMG, BIS and Linn Records. Since 2008 he has been Principal Conductor of the Japan Philharmonic Orchestra. His work with the orchestra is extensively represented on Octavia Records; they are currently in the process of performing and recording complete cycles of the Prokofiev and Rachmaninov symphonies.