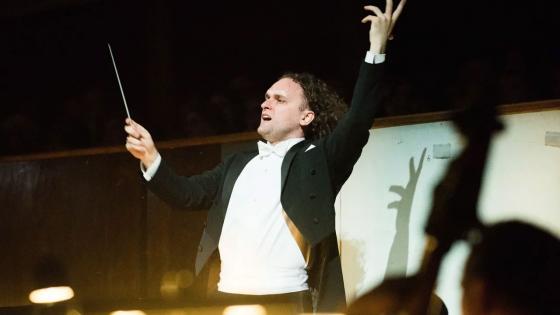 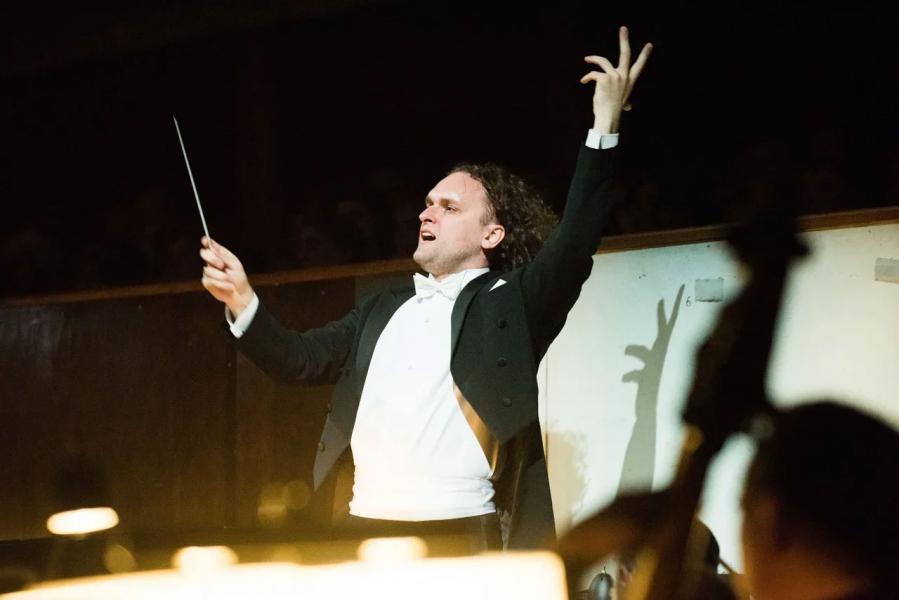 Yury Medyanik was born in the Donetsk region in 1983. After his undergraduate studies at the Moscow State Tchaikovsky Conservatory, he competed an assistantship course in violin performance with Prof. Ara Bogdanyan. He also studied at the Gnessin Russian Academy of Music with Prof. Vyacheslav Semyonov majoring in button accordion and then completed his postgraduate course at Ippolitov-Ivanov State Musical Pedagogical Institute majoring in opera and symphonic conducting under the tutelage of Prof. Yury Simonov.

With cellist Boris Andrianov, Yury Medyanik made the world’s first recording of three Bach sonatas for viola da gamba and clavier arranged for cello and button accordion at Melodiya. In 2020, with pianist Eduard Kunz, he recorded an album of arrangements for button accordion and piano, followed by the single La Campanella and a disc of button accordion pieces by Vyacheslav Semyonov.

Since 2015, Yury Medyanik has been the conductor of the Kolobov Novaya Opera Theatre in Moscow. Since 2017, he has headed the VGTRK (Russian State Television and Radio) orchestra, also being the conductor of Blue Bird TV show at Russia 1 channel. In 2019, he conducted the concert marking the 90th birthday of the poet Nikolay Dobronravov, broadcast by Kultura channel, as well as two concerts with Anna Netrebko at the State Kremlin Palace. In 2020, he was nominated for Victoria National Music Award for the soundtrack to the film Ice 2 recorded with Pluri Art Orchestra.

In 2007, the musician founded the crossover-focused Emotion Orchestra where he plays the button accordion. His concert programme Vivaldi. Seasons of Tango, released by Melodiya in 2018, entered the Top-6 of the label’s most downloaded albums at streaming services. His subsequent recordings are Tango Flavor in 2020 and Mussorgsky. Pictures in 2021.

From 2008 to 2018, Yury Medyanik was the Artistic Manager of the Creativity of the Young, a subscription concert series of the Moscow Philharmonic Society co-founded by the New Names Foundation. In 2013, the musician established his personal scholarship at the New Names competition. Since 2017, he has been the ambassador of Be Human charitable foundation. Yury Medyanik has also authored educational series Music Tips and Music X-Files, dubbed in English and Chinese.