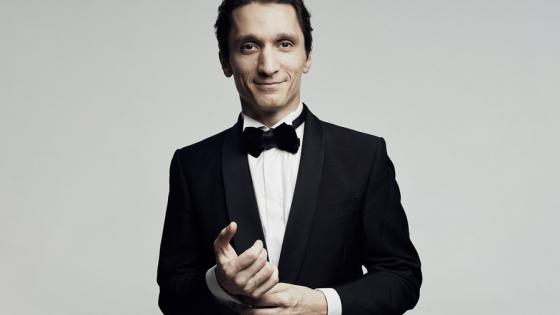 Described by Carlo Maria Giulini as “extraordinarily gifted,” pianist Alexander Romanovsky is a riveting, distinct and subtle performer with an utterly engaging voice.

Born in Ukraine in 1984, Alexander studied with his mentor Leonid Margarius at the Imola Piano Academy for fifteen years before continuing his studies at the Royal College of Music (London) with Dmitry Alexeev. At the age of seventeen, he won First Prize at the prestigious Busoni Competition in Italy.

Praised by The New York Times as “special, not just an extraordinary technician with a flair for colour and fantasy, but also a sensitive musician and lucid interpreter,” Alexander graces many of the world’s most prestigious stages in recital. Recent highlights include performances at the Main hall of Amsterdam’s Concertgebouw; the Tchaikovsky Concert Hall in Moscow and the Great Hall of the Moscow Conservatoire; Accademia Nazionale di Santa Cecilia and Teatro Olimpico in Rome; Tokyo’s Asahi and Kioi halls; Chile’s Teatro Municipal; and Sala Verdi at Milan’s Conservatorio; as well as a performance with the Swedish Radio Symphony Orchestra under the baton of Valery Gergiev.

In 2017-18 Alexander continues to perform across Europe, with recitals at venues including the Concertgebouw in Amsterdam, Casa da Música in Porto, Salle Gaveau in Paris, Maag MusicHall in Zurich, Conservatorio G. Verdi in Milan, Tchaikovsky Concert Hall in Moscow, as well as the International Piano Series in Fribourg. He will also appear as a soloist across the Americas with the Orquesta Sinfónica Nacional Costa Rica, Caracas Symphony Orchestra in Venezuela, and Pacific and Santa Barbara Symphonies in the USA, performing Liszt as well as Prokofiev’s Second Piano Concerto, which forms an important part of the season.

Alexander performs extensively throughout Italy, where he has lived since early childhood. In 2007, he was invited to give a concert at the Papal Residence in the presence of Pope Benedict XVI in celebration of the 110th Anniversary of Pope Paul VI’s birth.