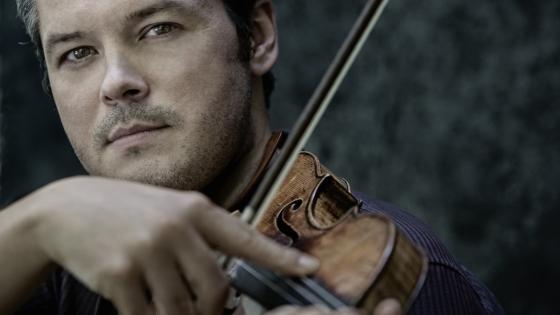 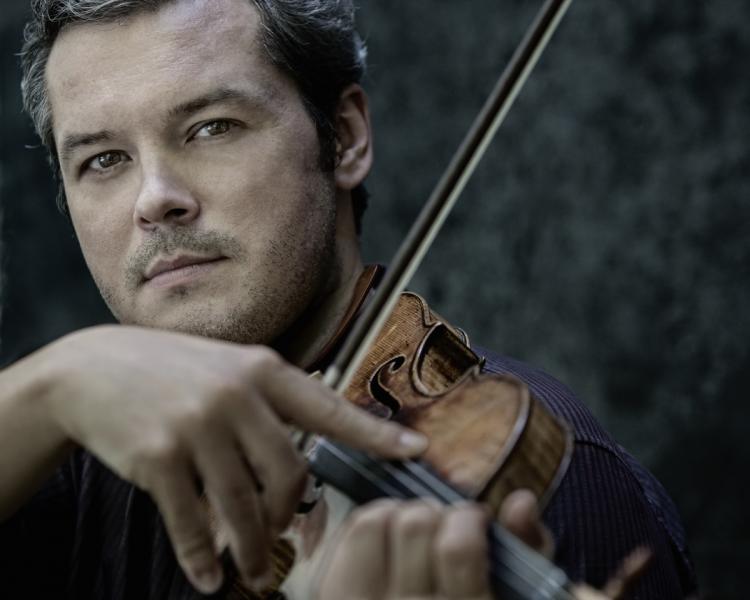 Born in Siberia in 1971, Vadim Repin was eleven when he won the gold medal in all age categories in the Wienawski Competition and gave his recital debuts in Moscow and St Petersburg. At 14 he made his debuts in Tokyo, Munich, Berlin, Helsinki; a year later at Carnegie Hall. At 17 he was the youngest ever winner of the Reine Elisabeth Concours.

Since then he has performed with all the world's greatest orchestras and conductors. Among the highlights of his career in the past few seasons have been tours with the London Symphony Orchestra and Valery Gergiev, the NHK Orchestra and Dutoit; a tour of Australia with the London Philharmonic Orchestra and Vladimir Jurowski, and acclaimed premières in London, Philadelphia, New York's Carnegie Hall, the Salle Pleyel in Paris and Amsterdam's Concertgebouw of the violin concerto written for him by James MacMillan, culminating in a BBC Prom at the sold out Royal Albert Hall.

Vadim Repin recorded the great Russian violin concerti by Shostakovich, Prokofiev and Tchaikovsky on Warner Classics. For Deutsche Grammophon he recorded the Beethoven Violin Concerto, the Brahms Violin Concerto and Double Concerto (Truls Mørk, cello) with the Gewandhaus Orchester, the Tchaikovsky and Rachmaninov trios with Mischa Maisky and Lang Lang (which won the Echo Classic) and works by Grieg , Janacek and César Franck with Nikolai Lugansky, which won the 2011 BBC Music Award.

In 2010 he received the Victoire d'Honneur, France's most prestigious musical award for a lifetime's dedication to music, and became Chevalier de l'Ordre des Arts et Lettres. Following master classes and concerts in Beijing in December 2014 he was awarded an honorary professorship of the Central Conservatory of Music, and in 2015 an honorary professorship of the Shanghai Conservatory.

Highlights of the last season included concerts in Hong Kong and Beijing, a European tour with Orchester de la Suisse Romande under Neeme Jarvi, and concerts in Vienna with Kent Nagano and Lionel Bringuier. In April 2014 Vadim Repin as Artistic Director presented the first Trans-Siberian Festival of the Arts in Novosibirsk's magnificent new concert hall, featuring a new commission, 'Voices of Violin' by Benjamin Yussupov, and a joint appearance by Vadim Repin and prima ballerina Svetlana Zakharova. The festival was enthusiastically received and was repeated and extended in the spring of 2015, this time featuring a specially commissioned violin concerto, 'De Profundis', by Lera Auerbach.

Last season began with concerts in Vilnius, Prague, Vienna, Paris and Ankara and a Vadim Repin Festival in Tokyo in November with chamber music and orchestral concerts. Performances in the United States were followed by concerts with the Philharmonia Orchestra and Vladimir Ashkenazy in London and Cardiff, the German première of the Yussupov concerto in the Berlin Philharmonie, and a return to Japan for concerts with the Tchaikovsky Symphony Orchestra to celebrate the Tchaikovsky centenary . This season began with concerts in Yerevan, Barcelona and Madrid and a tour of European capitals with the Tokyo Metropolitan Orchestra, and will culminate with a 'Transsiberia goes to Tel Aviv' project.

Vadim Repin plays on the 1733 'Rode' violin by Stradivari.